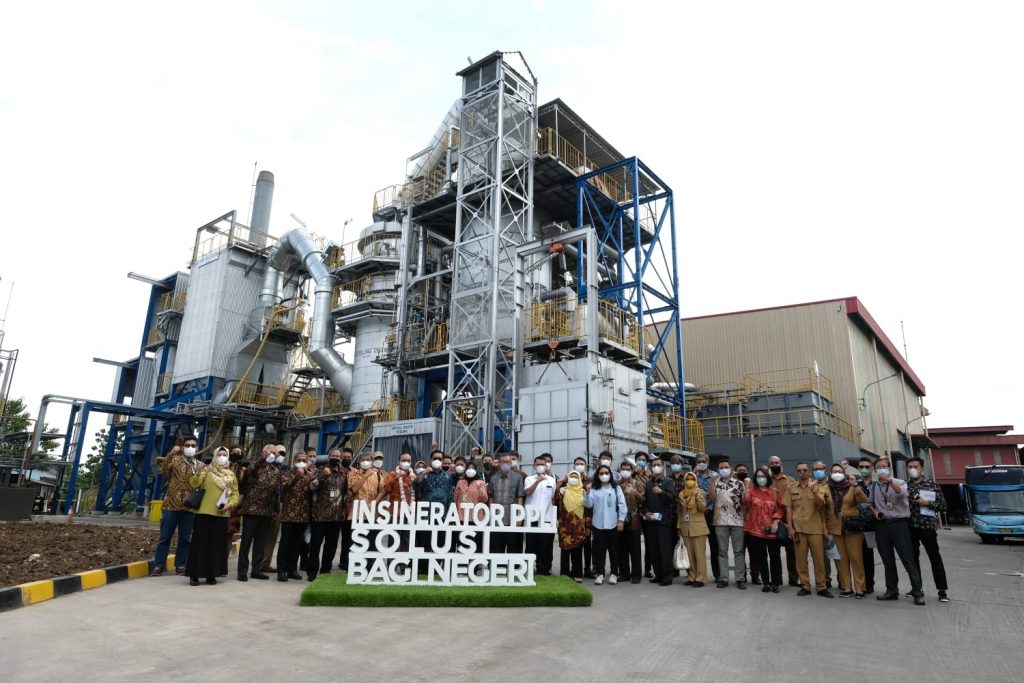 Indonesia has the largest incinerator in Indonesia. It is said to be the largest because so far the existing incinerator, capacity and technology have not been as modern as the incinerator owned by PT Prasadha Pamunah Limbah Industri (PPLI). (25/1)

The launching of the hazardous waste treatment facility with thermal technology began with a joint launch press between PPLI President Director Yoshiaki Chida, Secretary of the Directorate General of Waste Management, Hazardous Waste and Hazardous Materials, Ministry of Environment and Forestry (KLHK), Sayid Muhadhar, and the Japanese Ambassador to the Republic of Indonesia, Kanasugi Kenji.

PPLI is known as a hazardous waste management company and is one of the largest in Indonesia with a land area of ​​64 hectares based in Klapanunggal, Bogor, West Java. As a company that has focused on treating hazardous waste for more than 27 years, the management believes that its treatment technology needs to be improved and continuously developed. Moreover, the types of hazardous waste that PPLI must be able to handle are increasing and expanding throughout the archipelago. This was stated by the President Director of PT PPLI, Yoshiaki Chida in his remarks at the launch of the PPLI incinerator, that capacity building with an incinerator is one of them, so that more waste can be reached.

Chida, further incineration is a thermal waste treatment process that utilizes heat energy to burn waste. This combustion process is carried out in a controlled manner at high temperatures in a closed device called an incinerator. He explained that the heat energy used in the incineration process is not only capable of destroying the pollutants contained in the waste, but is also able to significantly reduce the mass and volume of the waste.

On the same occasion, Secretary of the Directorate General of Waste Management, Hazardous Waste and Hazardous Materials, Ministry of Environment and Forestry (KLHK) Sayid Muhadhar acknowledged that PPLI’s incinerator is the best in Indonesia.

This giant incinerator has obtained an Operational Feasibility Letter (SLO) from the Ministry of Environment and Forestry after going through a trial process for several months. With the issuance of this SLO, officially the incinerator can be fully functional. More clearly, he explained that waste incineration utilizes heat to destroy waste and the pollutants contained in it. Medical waste is one that can be managed with this method. In addition, flammable organic wastes, such as oil sludge, paint sludge, used rags, waste made from plastic, expired materials and products, used drilling mud, industrial WWTP sludge, expired chemicals and sample residues from research institutes also become ‘food’ of the incinerator.

The Japanese Ambassador to the Republic of Indonesia congratulated the inauguration of the incinerator. He said, PPLI is the only facility for waste treatment that uses advanced technology from Japan.