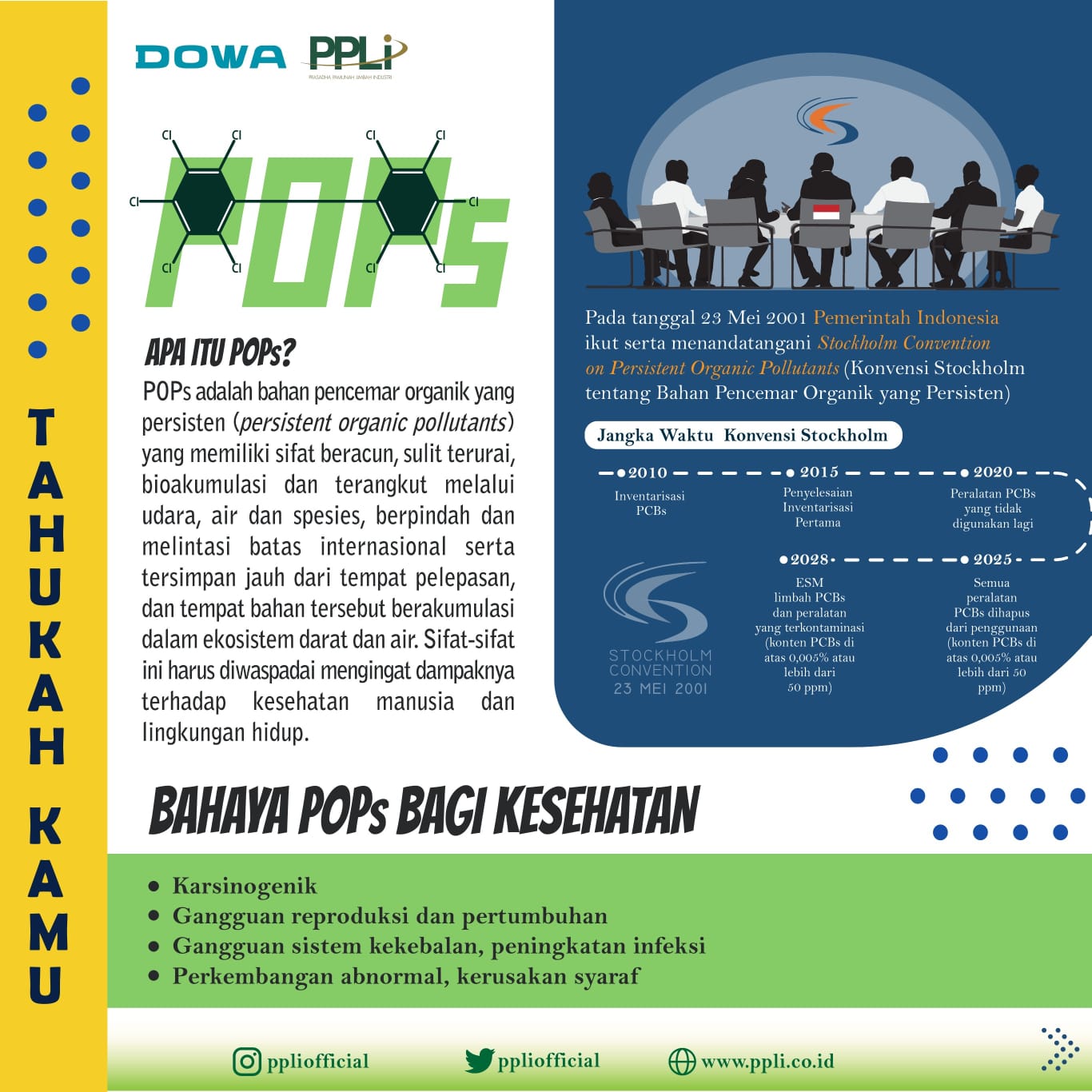 PCBs are part of persistent organic pollutants or better known as POPs which have toxic properties, are difficult to decompose, bioaccumulate and are transported through air, water and species. On 23 May 2001, the Government of Indonesia signed the Stockholm Convention on Persistent Organic Pollutants, which aims to protect human health and the environment from persistent organic pollutants. The plan is that PCBs waste must be phased out in 2028. So what’s the solution for Indonesia?

PT. Prasadha Pamunah Limbah Industri (PPLI) has innovated to build a Polychlorinated Biphenyls (PCBs) treatment facility as part of the National Implementation Plan (NIP) and plays a role as one of the solutions for PCBs elimination in Indonesia. Do you know what chemicals are included in POPs (Persistent Organic Pollutants)?

POPs are organic compounds that have a certain combination of physical and chemical properties that make them remain intact for a very long time when released to the environment (Persistent). POPs can be widely distributed in all environmental media due to natural processes that occur in soil, water, and air. This means that POPs can even be found in locations very far from their original waste, such as in the Arctic.
POPs can bioaccumulate in living organisms and are determined in greater concentrations at higher levels of the food chain. 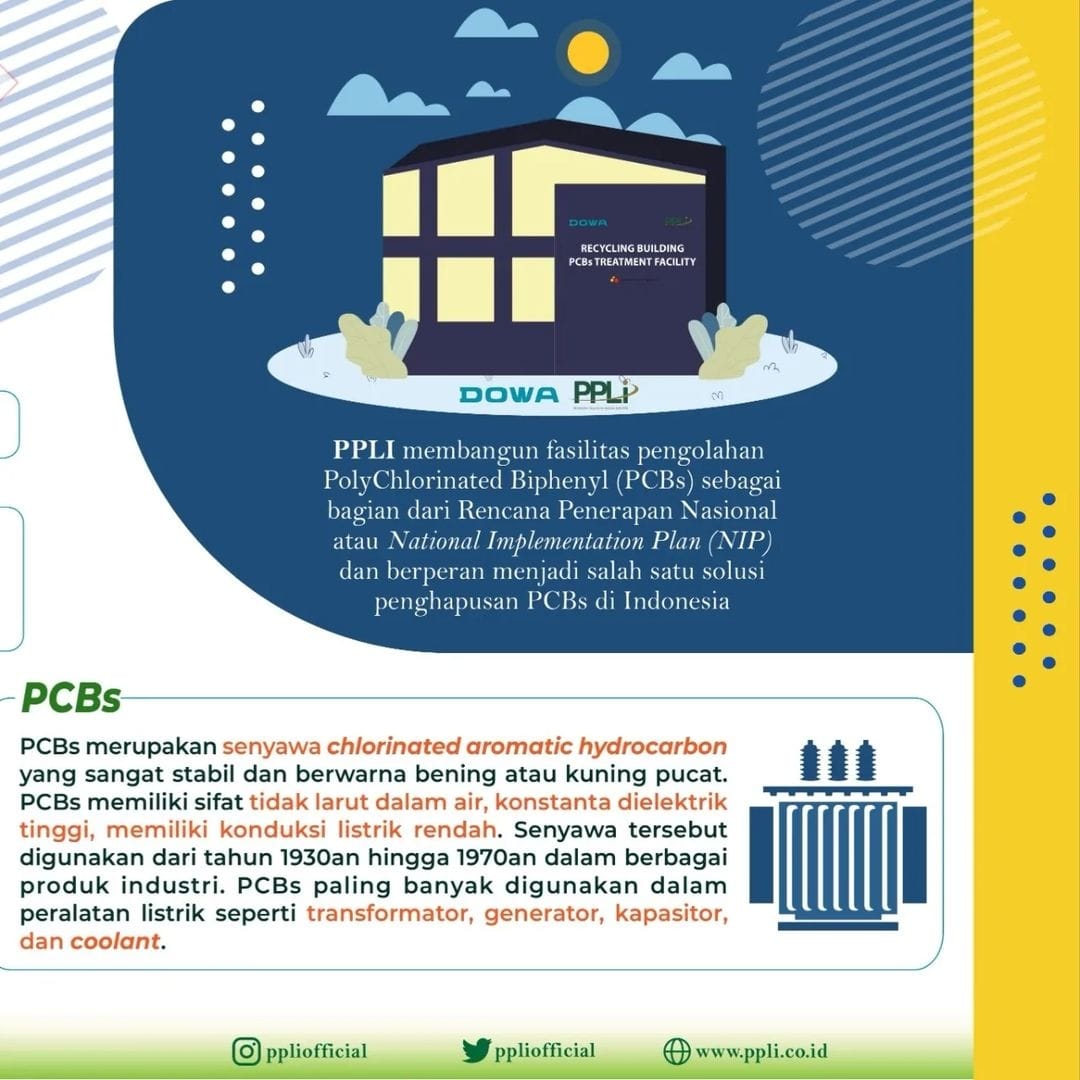 Specific effects of POPs include cancer, allergies and hypersensitivity, as well as damage to the central and peripheral nervous systems. Some POPs are also considered as endocrine disruptors, which can alter the hormonal system, as well as damage the reproductive and immune systems of exposed individuals so that they can also experience developmental disorders and even develop cancer.
Well, that’s how dangerous POPs are for our lives. Support the national implementation plan for PCBs elimination in Indonesia! (atp)