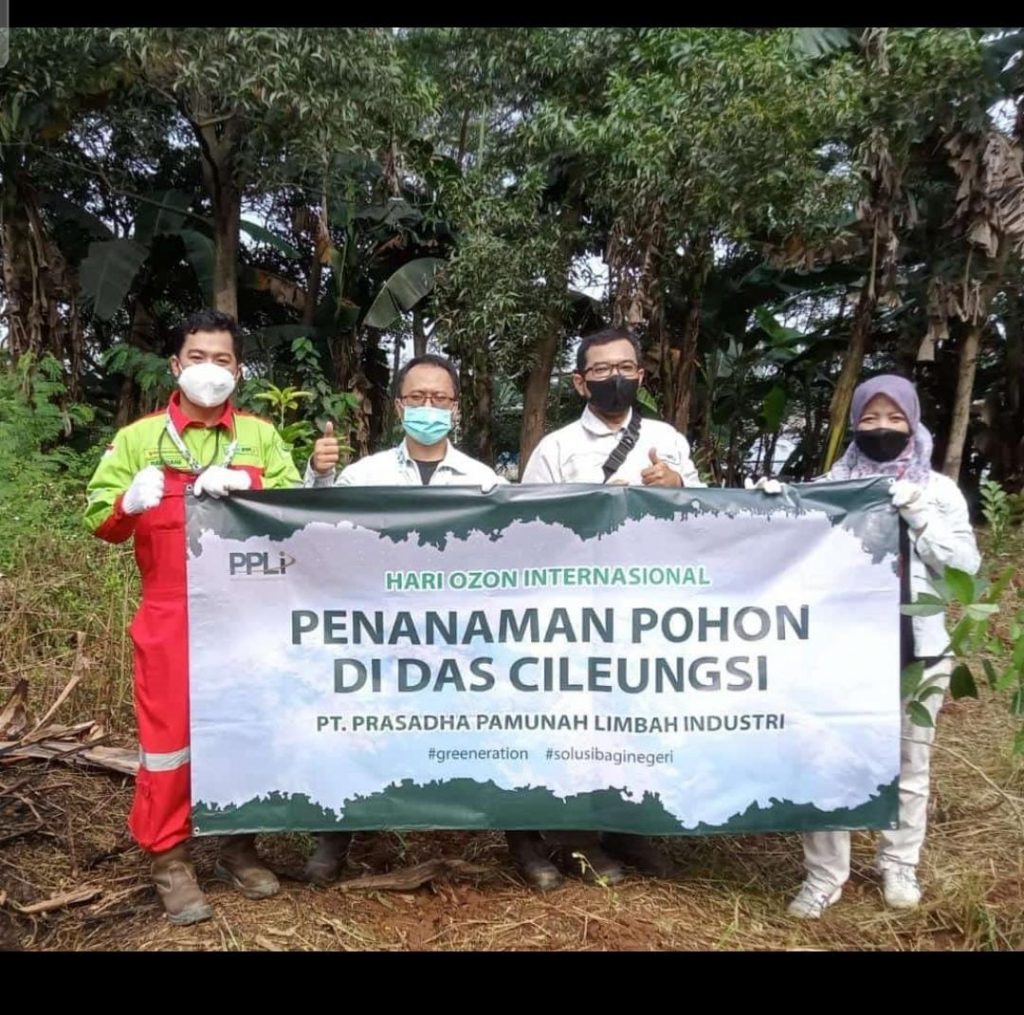 In the activity organized by the Bogor Regency Environmental Service (DLH), besides PPLI, a number of other companies were also involved as well as the Bogor Regency Regional Disaster Management Agency (BPBD). PPLI’s Manager of Occupational Health and Safety and Environment (K3LH), Agus Kartiwan on the sidelines of the DLH tree planting activity in Bogor Regency, Kembang Kuning Village, Klapanunggal District, said that PPLI customers who were active along the river were also present, participating.

The activity which was held in commemoration of the International Ozone Day, there were at least 5000 more plant seeds that have high useful value. According to Agus Kartiwan PPLI itself contributed 50 tree seedlings, mostly fruit seeds. PPLI supports the Bogor Regency Government in protecting the environment.

This program is in line with PPLI’s commitment, according to Agus previously PPLI in June 2022 also collaborated with the TNI and the DKI Provincial Government to carry out the Geber Ciliwung program, namely the Ciliwung cleaning program, releasing hundreds of fish seeds and planting tree seedlings.

The Head of Bogor Regency DLH, Ade Yana Mulyana, said that his party was collaborating with dozens of companies along the Cileungsi River to play an active role in preserving the environment. Ade said planting 5,000 tree seedlings for 5 sub-districts, and if there are less, they will be added. The five sub-districts are Babakan Madang, Klapanunggal, Cileungsi, Gunung Putri, and Citeureup sub-districts which incidentally are industrial areas. He admitted that the tree planting was intended to minimize dirty air and preserve the environment in the eastern part of Bogor. DLH Bogor Regency invited several companies to declare their commitment not to pollute the environment. (atp)